Of course, the first thought that comes to everyone’s mind when someone mentions English theatre is that it is the land of Shakespeare. Yet, the English stages are rich in other theatrical treats, from unique theatre architecture and brilliant venues to innovative playwrights and directors. You can see charming unpretentious plays in small, lovely theaters, or you can go for the huge stage productions. In London you can basically find anything – and if you are lucky, you might even get to see some very famous names like Ian McKellen and Richard Armitage rocking the stage. So, what path should you take if you want to experience the authentic English theatre? Here's what you need to know. 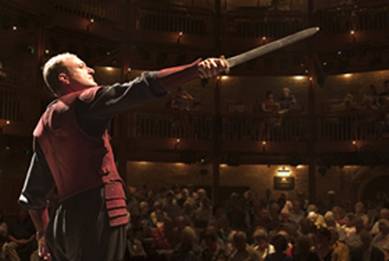 Roman influence and the early days of English theater

The early beginnings of theatre came to England with the Romans who introduced their auditoriums to Britain (and mind that much of the Roman theatre was inspired by the Greeks, who invented this noble art). Up to the Medieval times, English theatre was far from what we perceive as theatre today but it was still exciting. It mainly consisted of mummer's plays and things like Morris dances, i.e. dances that were performed by groups with swords. Shakespeare had to wait for a few more centuries to get up on the stage but the people of that time were certainly satisfied with the repertoire.

From around 1350, theatre gained huge popularity in England. This mainly had to do with the fact that the church took quite an interest in using theatrical plays as a way to spread their message. Theatre was seen as a great tool of explaining Christianity to ordinary people, with many of them still being illiterate and unable to read religious books. People took to it well. After all, it was a nice break from their everyday life, it was an act of bringing the community together, and many of the plays were actually quite entertaining. You see, “edutainment” is not exactly a modern thing. The church knew how to do it in the middle ages!

Henry VIII (who reigned over England from 1509 to 1547) was a man who cared for his leisure time and wanted to spend it having fun. The court entertainment, as another theatrical form, became highly important. Religious plays, on the other hand, suffered quite a bit because of the Reformation. Secular drama became dominant, and while plays in the past had often been performed in mobile wagons or in big halls in the homes of the rich and royal, the 16th century saw the emergence of the first proper playhouses in England. The first playhouse was built outside the city walls of London as London was not that keen on public performances yet.

The late 16th century is often seen as a vital period for English theatre. It was the time of playwrights like Shakespeare and Christopher Marlowe, whose immortal verses became one of the cornerstones of modern writing. Interestingly, the writers of these times were also very prolific, as their theatre companies were performing up to 40 new plays each year. Some personal dramas were also in the game, as different companies engaged in some serious rivalry, and the main actors also had shares in the theatres – so the more popular their plays were, the more they also earned. Minor actors were only paid on a weekly base. Theatres also worked with young boys, needed to play female roles, who received only some pocket money as they were only seen as apprentices.

In 1599, the famous Globe Theater was erected. Up to three thousand people could see the plays in this new theatre, and today it is mainly well-known because some of Shakespeare's most famous and most popular plays were written for this theatre. Don't confuse 1990 reconstruction of the Globe with the original – the new Globe, however, is a poignant way of honouring Shakespeare and Elizabethan theatre.

Shakespeare died in 1616, and unlike many of his contemporary writers, he lived a life with relatively little scandals. He might have been too busy focusing on his writing – or he might just have been better at keeping his secrets secret. Maybe his secrecy brought us into today’s situation when we are questioning his true identity. Whatever the story behind Shakespeare’s name is, his plays are one of England’s most precious legacies. 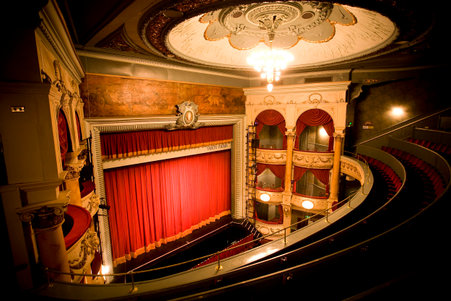 During the civil war, theatres were closed for eighteen years, as it was feared that these venues could be places for civil unrest. During the restoration, theatres in England changed once more – one very notable change was that female playwrights were finally also accepted. In the following centuries, theatres became even more popular, more and more proper venues were built, and quite a few people could make a living with being actors or playwrights alone.

One might assume that theatre does not play such an important role in modern England anymore – after all, there is a lot of competition for theatres in the form of cinemas, TV, concerts or computer games. However, when you pick up any copy of magazines in London that tell you “What's up in London” (or any other bigger city in England), you will always see that theatre plays still hold a vital role in the entertainment scene in England. Some of the world’s most important theatre names in the past few decades have emerged in England (Sarah Kane probably rings the bell), proving that our stages still care about being relevant. 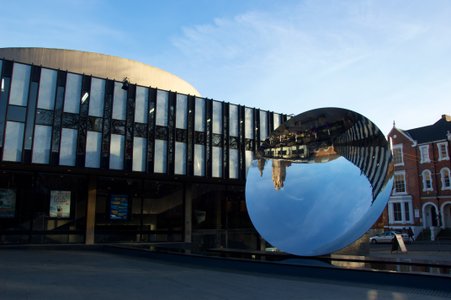 Small troupes and alternative venues make English theatre even more dynamic. Virtually everywhere you go, you can get the thrill of the enthusiastic independent productions or community theatres. Whether you choose ambitious and expensive productions of classics, independent interpretations of Shakespeare in cool alternative venues or debut plays by upcoming playwrights, you will have plenty on your table!