What image do you have in your head when you think of English dancing? Is it a huge ballroom filled with kings, queens, princes and princesses? Is it a barn filled with merrily dancing country folk? Is it a picture of Tolkien's Hobbits dancing on a table in a pub? Or do you have ballet or other forms of contemporary dancing in your mind? No matter what kind of dance you just thought about – you are not far from the truth. After all, most dances are danced in England. But here follows a short overview over some more traditional dances – and some of them are still danced even today!

If you have watched movies like “Pride and Prejudice”, then you are already familiar with one type of English dance: The English country dance. While it seems like a dance of the past, it is still surprisingly popular today – also in the USA! English country dancing can be done to a wide variety of music, and is also quite easy to learn (even if you think you have two left feet). Those two factors might very well be the reason why this type of dancing has been popular through the ages. The dance was first mentioned during the 16th century (when Queen Elizabeth I reigned over England). The dance was mentioned in connection with the Queen. She saw people in the country dance, and uttered her enjoyment. And of course, people these days were always eager to please the queen, so it should not come as a surprise that other people used the English country dances to develop similar dances to please the queen. 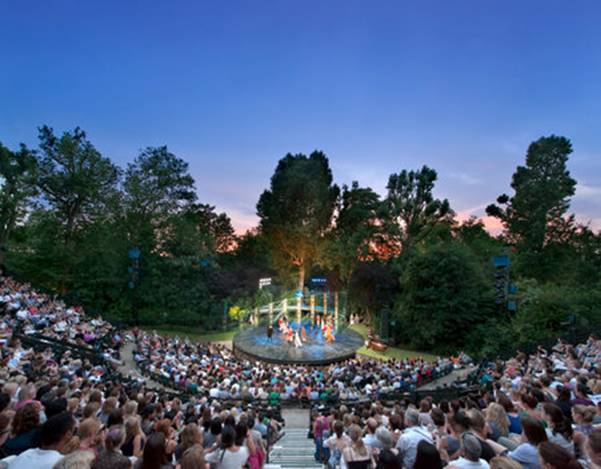 Pride and Prejudice, a play being performed at the Regent's Park Open Air Theatre in London.

Sword dances were happening all over the world – not just in England. But of course, England had its own types of sword dances, for example the Rapper Sword dance. This is a dance with a short sword and originated from North East England. Five people were needed to perform this dance, and it took quite a bit of agility – mental as well as physical – to perform this dance successfully. The Rapper sword dance has changed over time, and you can even find rapper sword dance competitions these days. The traditional team of five dancers can still be found, but now there are also different, more modern formations and styles.

The Morris Dance is a dance performed by a group of dancers. It was first mentioned in 1448, and is still performed today, not just in England but even in countries as far away as New Zealand. The dance is performed in front or next to a couple of crossed clay tobacco pipes that are lying on the ground. The dance be performed with our without extra implements (which can range from simple handkerchiefs to swords). 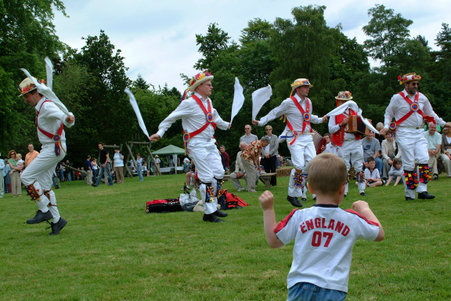 Morris dancers in the Cotswolds

The Square dance was popular in a variety of European countries. It is a dance in which four couple (i.e. eight dancers in total) dance in a square formation (hence the name). During English Ceilidhs you can often see that square dances are part of the event.

In the past, not everyone had the access to dance halls or other suitable places for dancing, so it was not uncommon that the common folk met in barns and had little social gatherings there. The dances were less formal than in the big halls, and everyone was invited to join in. So the barn dances sometimes were quite chaotic dances, and other times you could see square dances (or at least attempts at it). These days, barn dances are less regularly seen – mainly because people don't tend to hang out in barns much.

While a Ceilidh is commonly more connected to Scotland and Ireland, the English also have Ceilidh (i.e. social gatherings with Celtic music and dances). They are a little different in England, but basically it is the same idea: celebrating the Celtic heritage, being social, and having a good time. Of course, dancing cannot miss from such an event. One thing you might notice is that the dances during an English Ceilidh are a bit slower than in Scotland and Ireland.