The first people in England

When the first people came to what we now know as England, there was no talk of England, Scotland, Wales, or Ireland yet. Those people were actually able to walk from the mainland to England – but of course, that way of getting to England was cut of when the Ice Age ended and the channel between England and the European mainland filled with water. So: The early English people were people from the European mainland who later on were cut off from the mainland by the channel.

Why are there so many people with English heritage?

When you look at our modern world, you will find that there are millions of people who either have an English heritage or who think that they might have some connection to England. This is not very surprising if you have a good look at the history of England. After all, the British Empire was quite big during its best time and spanned many different countries on different continents. At some time in history it seemed like the English were everywhere – and of course they also had a lot to do with the colonization of America. Whether you like it or not: if you live in the USA or any other country that once was a colony of England, then the chances that you have some sort of English heritage are quite high – you will only have to go back in history long enough – though tracing down all your ancestors might be quite an undertaking, even in the time of the internet. 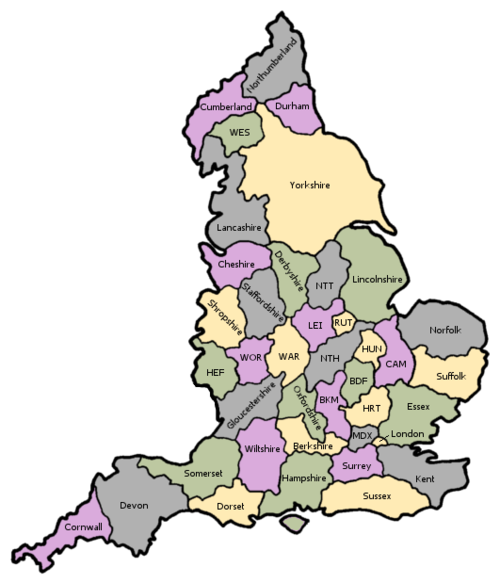 So you think you have English blood – think again!

While you might think it's safe to assume that your ancestors are English, you might be surprised about how wrong this thought could be. Even English royalty often has very little “real” English blood in their veins. Many kings and queens of the past were actually French or even German. Fact is, that England was quite influenced by other cultures, and many people from English colonies also ended up in England itself. So while people sooner or later become “English”, and the following generations are born in England, you might find that your heritage could be rather colorful and diverse. Who knows? You might even have some Tongan ancestors!

How can you trace your English heritage?

Tracing your own heritage can either be easy or hard – it very much depends on how much you already know about your family (knowing your grandparents' parents full names or even further back in history will be very helpful) and how far back in time you would like to trace your family history. If you want to have it really easy, then you could use one of the many genealogy services for which you actually have to pay money. The upside for that is that you can basically lean back after you've given them as much information as you can, and they will do the rest of the job for you.

If you would like to do all the work yourself (which is quite rewarding, you will have a sense of achievement and will also learn a lot), then there are plenty of resources online that can help you. In England, parish registers were introduced in 1538, so if you are lucky, you could trace your ancestors back to then – however, family names were only truly common in England by the end of the 17th century.

When you have an English family name like Smith, Miller, or Baker, then you might find it quite hard to trace your ancestry because those names are incredibly common. In the past, family names were often used to describe a person closer. If you had two Michaels in a town, one might have been Michael, the Baker. And the other one would have been Michael, the Smith. Hence: Michael Baker and Michael Smith. Of course, this does not apply today anymore.

Other surnames came from being someone's son or daughter. These surnames ended in either “-son” or “-kin”, e.g. Thomson or Jenkins.

A third kind of surname was a description of a person's character. This is were surnames like Goodkind or Armstrong came from.

Names like Bush and Attwood were used to describe a person's geographical origin.

You see: A family name can tell you a lot about its origin, and in the case of less common surnames, they can also help you to narrow down your search immensely.